His Spear Against His Shield--Zi Xiang Mao Dun

The Chinese of this Chinese idiom story "His Spear Against His Shield--Zi Xiang Mao Dun" is 自相矛盾, and Pin Yin zì xiāng máodùn .


During the Chinese Warring States period (476-221BC, also known as the Era of Warring States that is nominally considered to be the second part of the Eastern Zhou Dynasty, following the Spring and Autumn Period) , in the state of chu, there was a craftsman who made shields and spears and sold them in a market.

One day, in the market, to attract more attentions, he boasted of his shield:"My shield is so solid that no spears can pierce it.” As he expected, hearing his words, people in the market gathered around his booth. 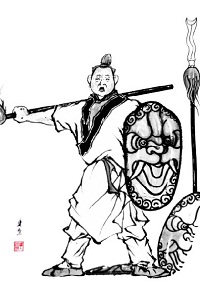 He continued his bragging: "My spear is so strong that it can pierce through anything."

While he was proudly advertising his products, a man in the crowd asked him "what if I stab your shield with your spear?"

Bewildered by his own words, the craftsman was at a loss for a suitable reply. The crowd broke up laughing and booing.

This story "His Spear Against His Shield--Zi Xiang Mao Dun" is from a article named "Nan Yi (难一)" whose author was Han Fei Zi (韩非子) -- the most famous and most extreme legalist. legalists was a school of thought in the Spring and Autumn and Warring States Periods. Its supporters advocated that laws were the most effective and unique tool to rule a kingdom, all other doctrines should be got rid of, and their supporters might be killed if necessary.

Originally, Han Fei Zi used this story against Confucius who declared that the rulers in his time should learn from Yao (尧) and Shun (舜)-- two legendary kings in Chinese Mythology. They had been worshiped as the samples of perfect rulers by Confucians.

According to mythology, both Yao and Shun were sages. Under their rule, people were happy and society was harmony and order. When Yao was old, he gave his throne to Shun, although they were not related. And Shun dedicated himself to the governance of his realm where farmers and fishers no longer fought for lands and lakes, and potters always made delicate potteries.
In fact, legalists did not deny the greatness of Yao and Shun, but to attack Confucians, they tended to disparage them. Here, Han Fei Zi played a logic trick.

He argued in his article that if Yao were a sagacious king, there would not have been fighting among the farmers and fishers. As a result, Shun was unlikely to be a sage, because he had no chance to render meritorious service to his state and people. On the other hand, if Shun proved himself a great king by ceasing the fighting among the farmers and fishers, then Yao would not have been a sage, because he could not do the same thing as Shun did. After that, he told this story as a metaphor to satirize the "self-contradictory" theory of Confucius.

Zi Xiang Mao Dun is often used in modern Chinese, and its meaning is basically the same as "self-contradictory".
发贴者 Richard Han 时间： 9/12/2010

Email ThisBlogThis!Share to TwitterShare to FacebookShare to Pinterest
标签： Idioms 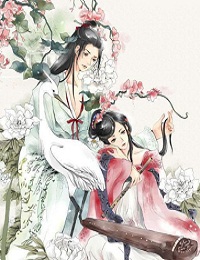